Hi everyone! In preparation for Rakuen’s release, I thought it’d be fun to do a new article series here. As some of you know, there are many Japanese cultural topics that get referenced throughout the game (everything from seasonal events and foods, to mythology and children’s traditions). One of my fondest memories of being a child in Japan, was going to “Omatsuri” (Japanese festivals).

The above screenshot is from a festival in Leeble Village called “Star Night,” which was heavily influenced by summertime festivals like Tanabata or Obon. You can see two stands in the background: the left one says “Kakigori” which means “shaved ice,” and the right one says “Kingyo Sukui” which is a fun (albeit challenging) fishing game where you attempt to catch a pet goldfish before your paper net dissolves in the water. I was never very good at that… Besides games, summertime Omatsuri often have colorful live music and dancing. I remember a giant float with paper lanters, people playing Taiko drums, and folks in Yukata (a lighter version of a Kimono that you’d wear in the summer) dancing around them. 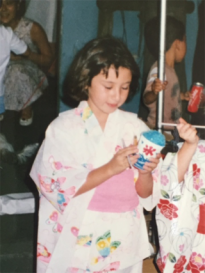 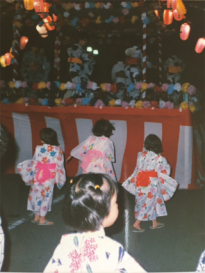 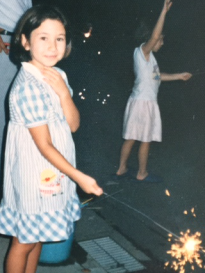 Above are some of my childhood pictures: (from left to right) Wearing a Yukata and enjoying Kakigori, dancing with my sisters around the giant float with paper lanterns, and playing with “hanabi” (fireworks/sparklers).  Besides dancing and games, there’s also plenty to eat and drink at these festivals; one drink in particular I wanted to include in the game is called “Ramune.” It’s a refreshing carbonated drink that comes in an interestingly shaped glass bottle with a marble inside. I remember a boy at my school telling me there was a secret way to get that marble out of the glass bottle without breaking it, but I never figured out how… In retrospect, I’m pretty sure he was making that up. 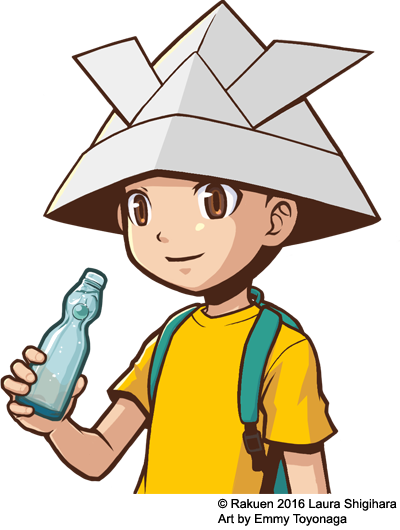 There are many Omatsuri throughout the year in Japan beginning with Oshougatsu (new year’s celebration). Ever since I can remember, my family would eat soba noodles before midnight on the 31st (my dad said it was symbolic of washing away bad things from the previous year… a “fresh start” so to speak), clean the house, and enjoy Osechi Ryouri (special new year’s food served in lacquered boxes) on the 1st. I love Osechi Ryouri~! It’s always so colorful, beautifully presented and delicious! My mom would also prepare Anko Mochi (sticky rice with sweet beans that she simmered for hours), which is still my dad’s favorite.

Have you ever been to an Omatsuri before? Or have you noticed these special festivals being referenced in cartoons or video games? My favorite episode of Pokemon is actually about Hina-matsuri (Girl’s Day). In this episode, Misty and Jessie compete in order to win a set of Pokemon-themed Hina Ningyo (the dolls pictured below). The ending is one of the reasons Team Rocket has a special place in my heart ^_^ 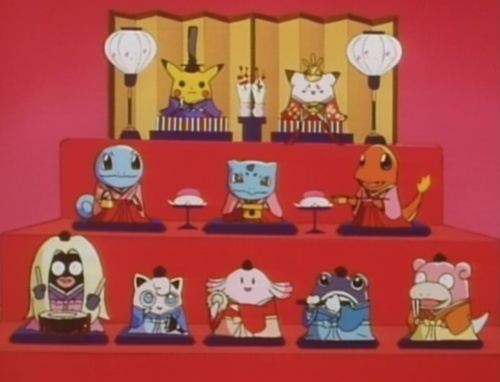 Anyways, I hope you enjoyed this first “Rakuen and Japanese Culture” article about Omatsuri!